Principal researcher of the Research Group on Territorial Analysis and Tourism Studies (GRATET). 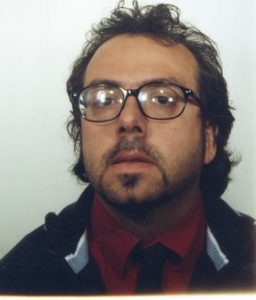 Antonio Russo, known as Paolo (Venice, Italy, 1968), obtained his Ph.D. in Economics at the Erasmus University of Rotterdam, as a Tinbergen Institute Laureate. Since 2006 he is tenured associate professor with the Department of Geography of the University Rovira i Virgili in Tarragona, Spain; his post is at the Faculty of Tourism and Geography, where he is Coordinator of the MA Programme in Management of Tourism Destinations. Previously (1997-2003) he had been working as Assistant Researcher at the Erasmus University of Rotterdam as Senior Researcher (2002-2006). In 2004 he moved to Spain, where he has been visiting fellow for two years at Autonomous University of Barcelona (Dept. Geography, School of Tourism), with a grant of the Catalan Government. In 2003-2006 he has also been Lecturer in Cultural Policy at IULM University in Milan, and he is currently lecturer at the International Masters “Cultural Projects for Development” of the ILO, in Turin and Barcelona. In 2010 he has been visiting researcher at the Federal University of Rio de Janeiro, Brazil.

Dr Russo’s research has engaged with tourism development of historical cities, place marketing and policy, tourism in urban and regional development, and the management of cultural attractions. Currently he is interested in tourism mobilities and the transformations they produce in the physical, social and cultural environments of cities as well as rural environments; in digital technologies as catalysts of urban change; in social exclusion and citizen empowerment at tourist places; in local identities and their negotiation and hybridization under the forcefield of tourism; in planning solutions for resilient cities; and in the cultural affirmation of marginalised groups in world tourism cities.

Dr Russo has been PI in the ATTREG and TOWN projects (ESPON 2013 programme) as well as co-PI in the MOVETUR project, funded by the Spanish Ministry for Innovation, and serves a member of the URV research team involved in the INDECIS project (ERA4CS Topic B – Researching and Advancing Climate Service Development by Institutional Integration). He has been consultant to UNESCO, Latin American Development Bank, Council of Europe. He serves as member of the board and coordinator of research in ATLAS, the world’s most popular academic network in tourism and leisure education and research, and he coordinates its Special Interest Group ‘Space Place Mobilities in Tourism’.